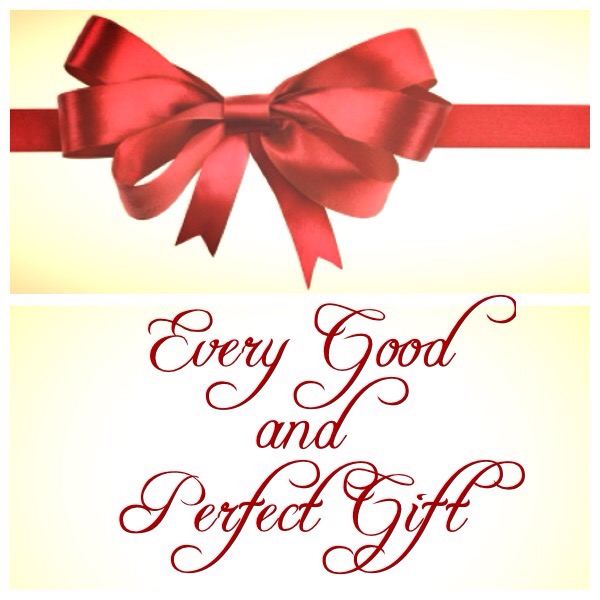 There is a hustle and bustle this time of year that is both overwhelming and wonderful. The lights, ribbons, bows and decor that cover every inch of everything add to the ambience that is Christmas. Christmas is all about giving, right? You don’t have to look long to see advertisements for the latest and greatest gifts of the season. People going from here to there stocking up on goodies for those they love. Packages are prepared with care; their givers eagerly awaiting the moment the paper comes off and they see the look of joyful excitement in the recipients face.

Gifts come in all different shapes and sizes. Some are created and some are bought. Some gifts are appreciated, loved and treasured. Where some gifts are misunderstood, unwanted or discarded. Some gifts inspire jealousy, where some inspire hope. No two gifts are the same, even if they look exactly alike. How they are received makes them different.

Gifts are given in a multitude of ways. They can be wrapped in paper, placed in a festive bag with matching tissue paper, or covered in ribbons and bows. They can be packaged and shipped all over the world or hand delivered. Gifts can be displayed for those awaiting them to see and yearn over, or they can tucked away in hiding places awaiting discovery. Not all gifts arrive the same way, some actually come in a rather unique way….

Her hand was shaking as she attempted to push the hair out of her face. Her attempts were mostly futile as the beads of sweat had made her hair unmanageable and tangled. It clung to her neck with damp tendrils spilling out here and there down her back. Her shoulders hunched and heaved with each fatigued and haggard breath she took. Her entire body saturated with exhaustion. She held on desperately to the wooden pillar gritting her teeth, her knees week and wobbly. Just when she thought she couldn’t bear it any longer the pain slowly lessened, little by little until there it was only a memory. A memory seared permanently into her, making it difficult to concentrate on anything but it’s return. But she tried, oh how she tried, to push the thought out of her head. Her breathing slowed to a more manageable rhythm, in and out, in and out. With each breath she drew she attempted to redirect her thoughts, not on what was to come, but what had been and what would be.

She accepted the sip of drink offered to her, wetting her lips and nodding graciously. She only had time to release the beam, her life line, and stretch her aching fingers briefly before the next pain wracked her body. This time, try as she might, a whimper escaped through her clenched lips. The pain building and building until she felt that it would surely tear her in half. Legs and arms burning under the strain of her attempts to stay upright and trembling in response. Her knuckles were white, the circulation halted through the vice like grip of her fingers. And then, again, just when she felt she couldn’t take anymore, it lessened little by little until she could stand upright again. She drew in a harrowed breath and wiped the mingled sweat and tears from her face. She could hear the encouraging murmurs from those around her. Though soothing it brought little comfort.

As she began to feel the sharp ache and burn building, she attempted to put her thoughts elsewhere, outside of her pain ridden body. She deemed it impossible and considered for a moment shouting out, but muffled her noises into her outstretched arm. She didn’t know how, but something was telling her that it was almost over, she knew that her time was near. It was an unshakable sureness, but with it came the knowledge that the worst was yet to come. She drew in a deep breath and willed her mind into cooperation. I can do this, she told herself, I’ve almost made it.

She closed her eyes and breathed deeply, her mind floating back through the months before. It came to light on a day that began like many others. She awoke and began attending to her daily duties; preparing meals, drawing water and bringing it in and generally caring for the household. Consumed with her chores, she was suddenly startled by the visitor who had arrived without so much as a sound. So quiet was his approach that she didn’t notice him until he was mere feet away from her.

She had only just begun to catch her breath when he spoke, voice clear and with purpose “Mary, favored one, the Lord is with you”. She could feel herself begin to tremble slightly, uncertainty stealing her thoughts. He continued “Do not be afraid, Mary, you have found grace with God. You shall have a son and He will be called Jesus, the Son of the Most High. He will reign, throughout the ages, with no end, as given to Him by his Father, God.”

She spoke slowly but deliberately, the terms of her engagement to Joseph clear in her mind, “How is this possible, as I have yet to marry?”
He answered her simply “Through the Holy Spirit, the power of the Most High, you will conceive. The child you bear shall be called Holy, Son of God”. Her answer was succinct “Let it be”. At that he left her to ponder his words, their meaning and her future.

The brief reprieve that her memories had given her was over, Mary could no longer escape the pain that was welling up inside her. She had a sudden sense of urgency and panic, she glanced around frantically, unsure of what she was searching for. The pain was no longer rhythmic, it was ceaseless and unrelenting. The tears poured freely now, and she no longer cared to stifle her cries. She could feel her heart throbbing in her chest, certain that it would explode before this torture had ended. She could sense her body directing her, urging her and guiding her as to where to focus her energy. She closed her eyes and clamped her hands onto the wood, a sound escaped her lips, a cross between a sigh and a moan.

She knew, it was almost time, she could sense it with every fiber of her body. She reached haphazardly for the linens and drew in as deep a breath as she could. With all of her might she willed her body to act and with a final triumphant yell she felt a life defining release and the pain ceased. She swiped at the tears blurring her vision, and reached out for Him. She could see that He was just as exhausted as she, and quickly urged Him to cry. As she crouched there, huddled with her miracle, he began to stir and fuss.

The joy that washed over her, hearing His voice for the first time left her feeling flushed and giddy. Her spirit soared and leapt as she stared into His eyes. She stroked His face, from temple to chin and kissed His smooth, spotless skin. She could feel the kick of His little feet against her side as she cuddled Him into her. She placed her finger in His unclenched hand and sighed with contentment as He closed His tiny fist around it. He was a gift, a perfect tiny and amazing gift. She knew that in too short a time, He would no longer be just hers to hold and cherish. He would become someone else’s miracle, someone else’s perfect and amazing gift. She had no doubt that He would grow to do great things and she was honored to be witness to it. But right now, He was her son, her blessed baby boy, her gift, and so she wrapped him in swaddling clothes and laid Him in the manger next to her….

The Bible tells us ‘that every good and perfect gift is from above’. God sent Jesus to be born of a woman, to grow, to teach, to heal and to ultimately be offered as a sacrifice in place of you and me. The gift of our salvation, hand delivered in the form of an innocent infant. This good and precious gift is available for all of us; prepared the same, packaged the same, delivered the same, but the difference is how it is received.

This gift has already been wrapped and delivered; it is sitting there, waiting and ready for you. The choice to receive it or not, is yours….

One thought on “Every Good and Perfect Gift”