“What if something happens?” I remember thinking the day of the photo shoot. I turned that thought over and over in my head as I watch my husband and two children playing in the grass in front of our vehicle while waiting for the photographer. “Please don’t let them get dirty” I called, Spouse nodded and waved at me in response. I chewed on the inside of my cheek, my heart racing as I walked around to the back of the Jeep to get our stuff ready. I glanced up at my husband, he was busy monitoring the kids. I pulled the digital pregnancy test out of my purse and peaked at it. I felt butterflies in my stomach every time I saw those words: “Pregnant”. They sat there in dark bold letters on the oval screen. I smiled to myself, I was going to surprise him with the news during our photo shoot. 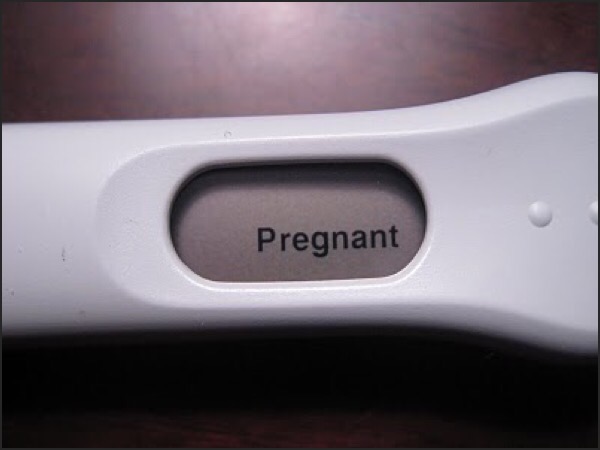 After deciding to add a third child to our family we had began calling our potential third child “Pancake”. This was after an incredibly hysterical conversation between Glenn and Abraham from The Walking Dead regarding Glenn and Maggie’s pregnancy and “trying to make pancakes when pouring the Bisquick”. We talked a lot about Pancake. What it would be like to have three, how our oldest would react and how our youngest would handle not being the youngest anymore. We were excited and hopeful, patiently awaiting our Pancake.
I got a positive pregnancy test on May 22nd. I took probably ten more just to make sure and was only finally convinced when the digital test gave me a clear “pregnant” reading. I called my OB and they did serial blood work to see that my HCG was climbing like it should. Everything looked great. I kept the little secret for about a week while I prepared the special announcement. I was going to surprise my husband during our family pictures, I wanted to capture his reaction to the news about Pancake. After all this was going to be our last baby, I wanted it to be special.

The photographer arrived and smiled at me conspiratorially, she was as excited as I was. I carried a container of Bisquick and the pregnancy test hidden away in my purse. Spouse toted the chalk boards to the center of the park where we planned to snap the photos. We distracted the kids with a video on the phone and stood back to back, we were to write something sweet to one another on our chalk boards. Of course I already knew what mind would say: “Pancake, due January 2017”. 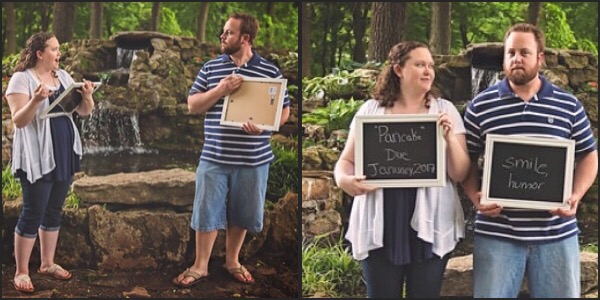 We faced the camera and then one another. I saw his eyes slide across the words once and then again. I saw them widen with realization and then the giant smile lit up his face. That ear to ear grin of an excited dad to be. The camera clicked furiously capturing those first moments. Each snap ensuring that these memories would last forever. He wrapped me up in a big hug and asked how long I had known and a handful of other pertinent expectant father questions. I showed him the test and handed him the container of Bisquick, we laughed together at our inside joke and held each other tight. 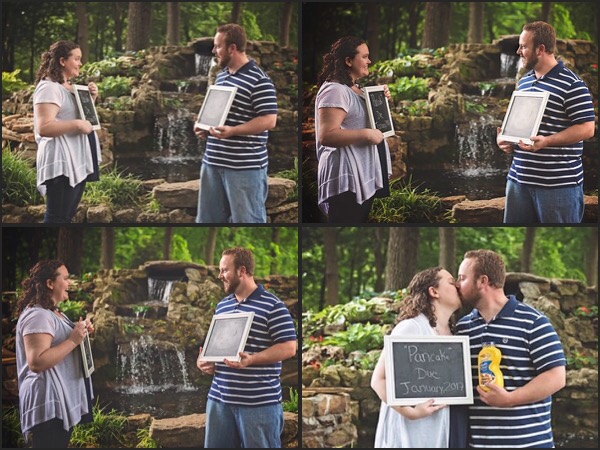 Miscarriage is not uncommon, it effects roughly 3 million women per year in the US alone. It’s emotionally and physically painful. It’s something that almost every woman worries about when she first finds out that she is pregnant. It is a fear that robs many women of the joy of celebrating their pregnancies from the earliest possible moment. And it’s not fair.

It’s just not fair that the fear of loss should prevent us from sharing the wonderful news that we are expecting. That It should stop us from telling those we’re close to that we are carrying something amazing within us. It’s not fair that the fear should prevent us from celebrating and savoring those moments that for far too many end way too soon. It’s unfair that in the midst of a loss, that fear we had, prevented us from sharing with those who could support us the most through it.

Don’t let it. Don’t let the fear of loss, or societies recommendation of cautious optimism stop you from celebrating, from sharing, from cheering and shouting your joy. Own it. Savor it. Cherish the moments from the earliest possible second that you are able! Had I considered that ‘what if’ question and chosen to act on the side of caution, I would have missed out, the fear would have stolen the blessed memories that I do have of our Pancake. You may have days, weeks, months or years, but don’t let the fear of “what if” stop you from enjoying the moments you do have.  I’m so very glad I didn’t.